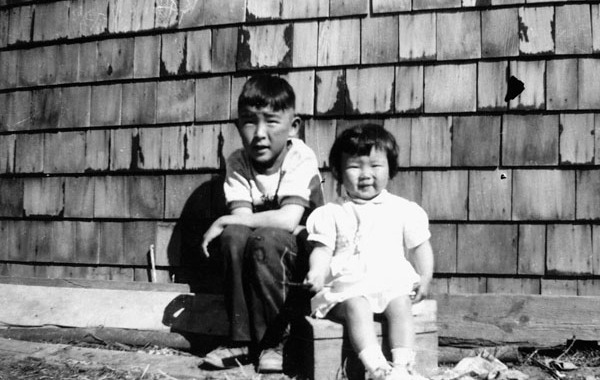 “As they were making their hearts merry, behold, the men of the city, worthless fellows, surrounded the house, beating on the door.  And they said to the old man, the master of the house, ‘Bring out the man who came into your house, that we may know him.'”  (ESV – Read the chapter)

For Israelites who were later being told this story as part of their people’s dark past, these words would have been chilling even before the narrative of what comes next.  This whole situation would have left them shuddering in terror.  This would have been a story you didn’t tell your children, but waited until they were a bit older and could handle it.  Even now, this isn’t somewhere I’d point my boys to read just yet.

For starters, after the man refused to stop in Jebus (Jerusalem) because the non-Israelites there couldn’t possibly be expected to offer them the basic hospitality that his fellow countrymen were sure to do, when they arrived in Gibeah, nobody offered them a place to stay.  It wasn’t, in fact, until a man from the same tribal region from which he hailed (that is, not a local) wandered into the square late in the day on his way home from working the fields that they were given this basic hospitality.

If things were bad at the start, though, they were about to get a lot worse.  The men of Gibeah came when it was dark, beat on the host’s door, and demanded the man be brought out so they could rape him.  And as we are perhaps shocked that something this awful could happen once, the young Israelites being told this story knew it had indeed happened before…in Sodom and Gomorrah.

If you can believe it, things were actually worse here than they were in those shortly thereafter destroyed cities.  Then, it was two angels who were the travelers, they were going to save Lot and his family, and they made certain no one was hurt in spite of the evil intent of the Sodomites.

Here, no one was coming to save them.  The non-local host was powerless and no doubt terrified before the crowd, and had no way of preventing them from their goal.  And, knowing he would be their alternative pick (indeed, given that he was a sojourner himself, there’s a chance he knew all too personally what their aim was), he wasn’t all that motivated to step in and help (aside from the fact that the basic hospitality rules of the day should have left him duty-bound to do just that).

As you can see in what comes next, the traveler himself finally decides a solution to save everyone’s life.  Well…almost everyone.  He takes his unfaithful concubine who he had just gone to so much trouble to get back from her father, and shoves her out the door and into the hands of the waiting scoundrels who gang rape her all night until she finally dies from the abuse.

What comes next, if you can imagine, is even more grotesque.  The man decides to send a message to the other tribes of Israel to let them know how bad things had gotten.  He takes her dead body, saws it up into twelve pieces, and mails one to each of the twelve tribes with a note describing what he had been through.  Things continue to fall apart from there.

So, what’s the point?  Why include this awful episode in the narrative of Judges at all?  What is there to be learned from something like this?  This is the kind of story whose inclusion in other books gets them banned from libraries by concerned parents.

It’s here to remind us.  This is where life goes when we do it without God.  Wait, so we’re all going to become out-of-control rapists if we don’t become Christians?  Isn’t this just a way to saying that all atheists are terrible people?  No.  That’s not the point here at all.  In fact, all of these people would have considered themselves believers in God.

The point is this: When a culture or society turns from God and the basic assumptions of the Christian worldview, this does not mean everyone suddenly becomes a terrible person.  The man willing to host the traveler puts this idea to rest.  What happens instead, is that the culture as a whole loses its sense of the value of human life.  And, when the value of human life is lost, all kinds of things become thinkable that weren’t before and none of them are good.  In some places the result is a mass loss of life, in others a stifling authoritarianism in which every move is monitored by someone who is going to let you know if you get out of line.

Sometimes it plays out in a culture in which people are taught to think only of themselves and what they want, often at the expense of others, particularly those who are the most vulnerable or difficult to love.  This is what we often see in the West.  Here in the U.S., the left and the right expose this unhealthy trend in different ways.

The left (here and across Europe and Canada as well) tends to devalue the youngest, the oldest, and the sickest among us by arguing they should be dispensable in some way.  This is all pitched in soft, euphemistic language, but at the end of the day, it’s about putting to death the weakest and sickest and smallest for the convenience of others.

On the right, there is a tendency to devalue the humanity of those who don’t look and speak like us.  This gets pitched in nationalistic language about preserving the natives and being pro-American, but at the end of the day, it is about valuing some over others, most of whom have put themselves in our midst, even when illegally, with no ill intent.

The bottom line here is that when we drift from faithfulness (or indeed, never had it in the first place), humanity gets sacrificed to sin.  The results are invariably awful in one way or another.  So, what do we do?  We remember and we remind.  We remember who God made us to be.  We remember the value we have in Him–all of us–and act to honor that value at every single point.  And we remind.  We remind people who have forgotten or who haven’t yet learned who God designed them to be: Image-bearers of the one who is perfect in holiness and righteousness and justice and love.  We remind them of this and call them to honor and experience the life found here that isn’t found by any other worldview means.

God made us to reflect Him and experience His pleasure.  When we forget this, we set ourselves up for misery and loss.  Through Jesus, we are not only reminded, but given the power we need to live out of it.  Because of this, the most important thing we can do in response to this is to call people to Jesus and to make sure we stay with Him ourselves.  In Him we not only find life, but gain the ability to share that life with others.  Let us learn the lesson in tragic stories like this so we can enjoy the life that is truly life.  We’ll all be glad we did.