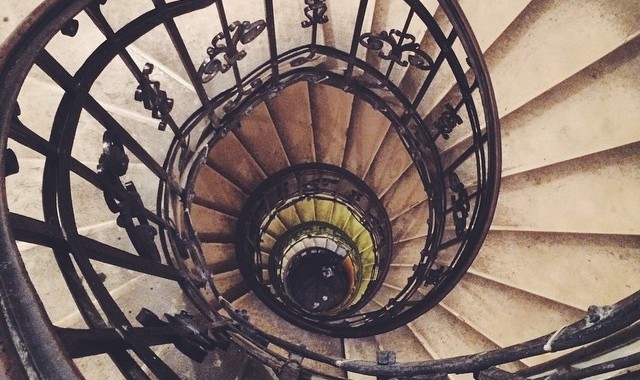 “In the spring of the year, the time when kings go out to battle, David sent Joab, and his servants with him, and all Israel. And they ravaged the Ammonites and besieged Rabbah. But David remained at Jerusalem.”  (ESV – Read the chapter)‬‬

Place has significance in our lives. Certain places can become imbued with certain feeling and emotions such that when we even get near them we begin to think and act in a way we may not somewhere else. A certain place can become almost like a talisman that changes who we are when we find ourselves there.

This chapter marks the beginning of a slow, downward spiral of sin that mars the rest of David’s reign. God works His grace through this situation to bring redemption to bear in the form of a son who would carry on the lineage that ultimately provided the vehicle for Him to come in the person of Jesus, but the consequences that played out over the rest of David’s life were devastating nonetheless. And it all started when David wasn’t where he should have been.

There are lots of things to be said about this bit of text including the observation that a great deal more trouble can be unleashed in our lives by a single act of sin than we could possibly imagine, but for now, let a single question suffice: Where are you? Where are you? Are you where you are supposed to be or are you somewhere else? And if you’re wondering how you are to know, stop and think about it for a bit.

What is going on in your life? What stage of life are you in? For example, if you are in school, are you in class? Are you going to class faithfully and then investing the time needed to do the work assigned and learn the material being taught? That should take up just about all of your time. And if you’re not there, are you somewhere that will enable you to otherwise be where you need to be and do what you need to do freely? And by freely, I don’t just mean physically freely, I mean intellectually, mentally, financially, relationally, and emotionally freely. There are a lot of places you could be where your likely actions will restrict you in one of those ways from the biggest, most important task currently on your plate. Don’t go there.

How about another example? If you are married, are you with your spouse? Now, you obviously can’t be together 24/7, but you can be with each other in spirit even when you are not so physically. If you tell her you’re going to go somewhere, go to that place. If you’re doing something without him nearby, could he be? Will the choices you make in that place elevate or devastate your relationship? Will it help you work out your intention to see her become fully who God designed her to be (that is, to love her), or will it hamper those efforts? Are you where you are supposed to be?