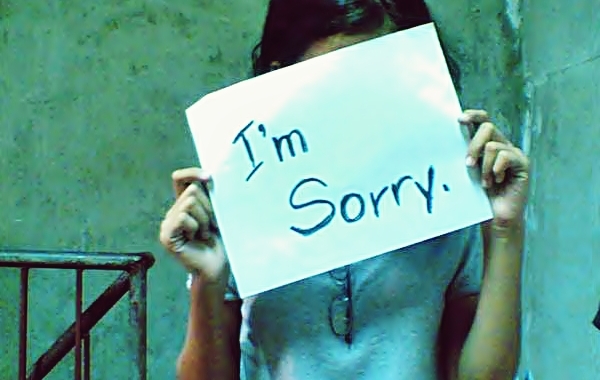 Have you ever tried to worship with an angry heart? That’s no small task. In fact, I dare say it is an impossible one. Worshiping the Lord is something that should happen primarily between us and the Lord. Worshiping angry, like doing just about anything angry, is a recipe for not doing it very well. Jesus here offers us a solution. But hold on tight because it sounds pretty radical.

First, let’s talk about anger for a minute. Anger is just a natural response to a perceived injustice. Whether or not the injustice was actual or only perceived is irrelevant to the original emotion. Our aim should be to only react to actual injustices, but we tend to hang on to those that are merely perceived and personal pretty tightly. We sometimes have a hard time meaningfully distinguishing between injustices and personal inconveniences.

When we encounter these injustices (again, actual or otherwise), the object of our anger is going to depend on what we perceive to be their source. If we can’t identify an immediate human source, we’ll simply get angry at the situation. This isn’t such a bad thing because we don’t have any one person in the crosshairs of our anger, but it can be problematic since without a specific object we’ll tend to just be angry at everyone around us.

When there is a specific object—a person—for our anger, this person tends to suck up our attention like a sponge. They sit in the foreground of every other relationship and even simple interaction we have with another person. The longer we hold on to the anger the more this person and our anger toward them become the lens through which we view the world around us. We begin to see the world through these anger-colored glasses. That’s rough stuff.

This applies to our relationship with God as well. When we’re angry with someone else—or, as Jesus frames the example here, when they’re angry with us and we know it—we stick someone else in between us and the Lord. It’s a little like trying to watch a movie from behind a pillar. It’s there and you can see a little bit if you squirm in your seat, but you’ll never enjoy it that way.

So then, what do we do about it? Well, when you’re stuck behind a pillar trying to watch a movie you can do one of two things: You can move yourself, or you can move the pillar. If we’re angry with someone else, we need to forgive them. We need to honestly assess whether the injustice was actual or only perceived. If the latter, we need to get over ourselves and let it go.

If the former, we need to remember that every injustice was ultimately satisfied on the cross and so if we are holding onto it still, we are saying the cross wasn’t enough to satisfy it. That communicates a belief that Jesus’ work wasn’t sufficient or that we think we’re more righteous than God, or both. We either think little of God’s Son or we think we’re better than God. Either way, we can’t worship Him until we identify our false belief and get rid of it.

If someone else is angry with us, the anger is either going to be legitimate because we’ve committed some injustice against them which was almost certainly sin on our part, or illegitimate because we merely inconvenienced them and they won’t let it go. If the latter, we need to apologize and not let our pride get in the way of both of us worshiping. If the former, we need to apologize and repent of what we’ve done both with them and with God.

Whichever way exactly the situation is sitting, we’re not going to be able to worship freely until it is resolved. That means we have work to do. We have work to do because we’ll soon find ourselves either going through the motions of worship with God, something about which He is graphically clear in the Scriptures isn’t acceptable to Him; or, since we were created for worship, we’ll start worshiping something else in His place since we can’t see Him through the pillar of this anger. Both paths are dead end streets.