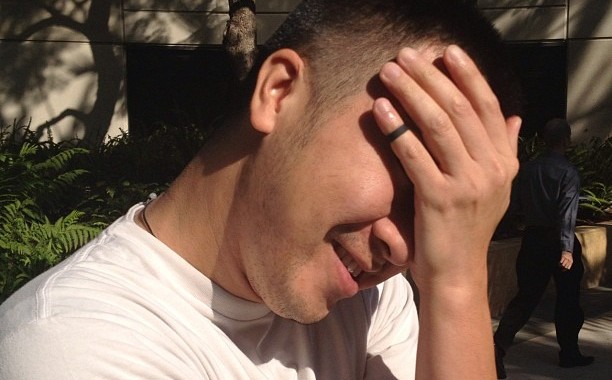 “And the angel of the Lord appeared to him and said to him, ‘The Lord is with you, O mighty man of valor.’  And Gideon said to him, ‘Please, my lord, if the Lord is with us, why then has all this happened to us?  And where are his wonderful deeds that our fathers recounted to us, saying, “Did not the Lord bring us up from Egypt?”  But now the Lord has forsaken us and given us into the hand of Midian.'”  (ESV – Read the chapter)

The story of Gideon is one of my favorites.  This isn’t because of why you might think.  It is often presented to highlight the faith and courage of Gideon as he takes his army of 300 and defeats the thousands of Midianite soldiers in a decidedly non-traditional fashion (God seems to excel at devising…creative…battle plans to make sure He gets the glory for the victory).  While perhaps Gideon was courageous and faithful in that moment, I tend to see his story as evidence of God’s willingness and ability to work through anybody to accomplish His plans, even a whiney coward.

This story is steeped in irony and facepalm worthy moments from the get-go.  We find Gideon here threshing grain in a pit so he can cover his work so that the Midianites don’t find and destroy it.  Threshing grain in a pit would have been really difficult because you needed a good breeze to blow away the chaff…which there wouldn’t have been in a pit.  It was a sign of Israel’s ingenuity in finding ways to survive in spite of the oppression of the Midianites, but it certainly didn’t reflect much valor on the part of Gideon.

Yet, the angel of the Lord (whom many scholars identify as a pre-incarnate Christ) hails him exactly as such.  Gideon quickly dispels this notion by responding with a whiney complaint that the Lord had abandoned them.  He doesn’t betray any notion that his guest might be someone to whom he might want to show a bit more deference.  And in light of the introductory verses of chapter 6, we understand as readers that the Lord hadn’t simply abandoned them into the hands of the Midianites, they had been unfaithful and were experiencing the fruits of their choices.

There’s much more to explore in this story and I will in coming days, but for now, let’s just focus in on Gideon’s response.  How often have we been in just such a place as he was?  Life feels like it’s in shambles, the reason is our own sinful choices, but we haven’t yet gotten our hearts and minds around that fact (and we don’t have the character of God right in our minds), and so we think God’s just left us out to dry for no reason.  When He comes to call us out of it, we are so focused on our misery that we can do little more than complain about how miserable we are.  We complain about our misery and blame God for our plight.

This is a tough place to be, but here’s the good news: It’s not a place that’s out of His reach.  If He was able to get through to Gideon, He can get through to us.  If He sought after Gideon to rescue a whole people in trouble because of their sin, He can rescue us and even use us to rescue others.  Take heart: God’s not done with you yet.  Even if you take a bit of work to bring along, He can still do it.