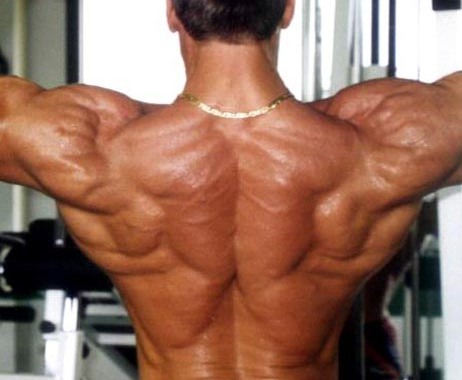 “You have given me the shield of your salvation, and your gentleness made me great.” (ESV – Read the chapter) ‬‬

Sometimes when you’re reading through the Scriptures a particular verse catches your eye. Have you had that happen to you before? The reasons it does are manifold, but one of them is that it says something in a way you weren’t expecting. That’s what happened to me with this verse.

David says that God has given him “the shield of your salvation.” Nothing too shocking or surprising there. It’s the second part of the verse that really catches my attention. David says that God’s gentleness made him great. Now, there are a lot of things other than gentleness that I would have expected to be there in its place. Gentleness, though, doesn’t make the cut.

Surprised, I looked at the verse in several different translations. Most of the major ones do indeed have “gentleness” there. The other major option is that God’s “help” made him great, but most of those include a textual note that the other major option is His “humility.” A very few translations phrase it God’s “answers” that make him so special.

The general spirit of all of these different translations is basically the same. God’s gentleness or humility, His condescension, His willingness to help and deal with David on his own level, is what has made him great. Again, I would have expected something like God’s strength as being the source of his greatness. Perhaps God’s might. Maybe even God’s boldness. But not gentleness. How can this make sense?

Well, think about what gentleness is. It’s not a word whose definition we consider very often. Traditional definitions peg it as being soft or tender or mild. I don’t think that covers it very well. A better definition (with much gratitude to Andy Stanley for thinking this one through) is that gentleness is responding to something or someone with the proper amount of strength for the situation. More than about simply being soft, gentleness is about control. A man can bench press hundreds of pounds and yet still be able to hold a newborn in his arms without crushing her. He controls his strength so he gives the right amount to the right things.

With apologies to the Hulk, God is the strongest there is. If He came to us with His full strength, we would be vaporized on the spot. Moses couldn’t look on his “face” because he would have died. He received only a brief glimpse of His backside glory (the first-recorded historical mooning). God deals with us on our level, not His. And even that little bit of His power and glory makes us great.

Let us be grateful that we serve a God who is willing to condescend Himself, to humiliate Himself to come down to our level and meet us on our terms so that we can experience the glory of who He is. There is truly no other god like our God. His gentleness indeed makes us great.